The is the year 2048. England have deteriorated into abject poverty and chaos, where only a tiny tech-rich minority still enjoys relative affluence and safety in fortified gated communities.

London was divided into five warring ghettos, each ruled by a ruthless gang, acting effectively, although not officially, as a private paramilitary force for local politicians. Who in return promise – and sometimes deliver – basic infrastructures and services to the zone, such as running water, gas, and electricity, and supply the gangs with more weapons and power.

The only borough in the former capital set apart from this mercenary urban ecosystem is Richmond, annexed in its entirety by a data bioengineering conglomerate.

Most of the London ghetto-dwellers spend their meagre free time shuttered in overcrowded shared flats or boarded up hovels, watching the Glads.

The Glads are an age-old entertainment formula: people and beasts tearing each other apart to thrill and titillate spectators, giving the disfranchised masses a taste of wielding the power of God- Emperors.

Since live audiences are a thing of the past, no amphitheatres are required to produce a winning Glad. Some of the matches take place in abandoned concert halls, theatres, and nightclubs, but most arenas are nothing more than shabbily wired-up basements and warehouses.

A Glad can take months, or minutes, with the rules and production mind bogglingly elaborate or brutally simple. Anything goes: from re-enactments of historical battles or raunchy fight scenes lifted from half-remembered films, through vicious takes on singing, dancing, and baking competitions, to the bare knuckled matches between two contestants.

But all Glads share one strict rule: the game only ends when every player but one is dead. 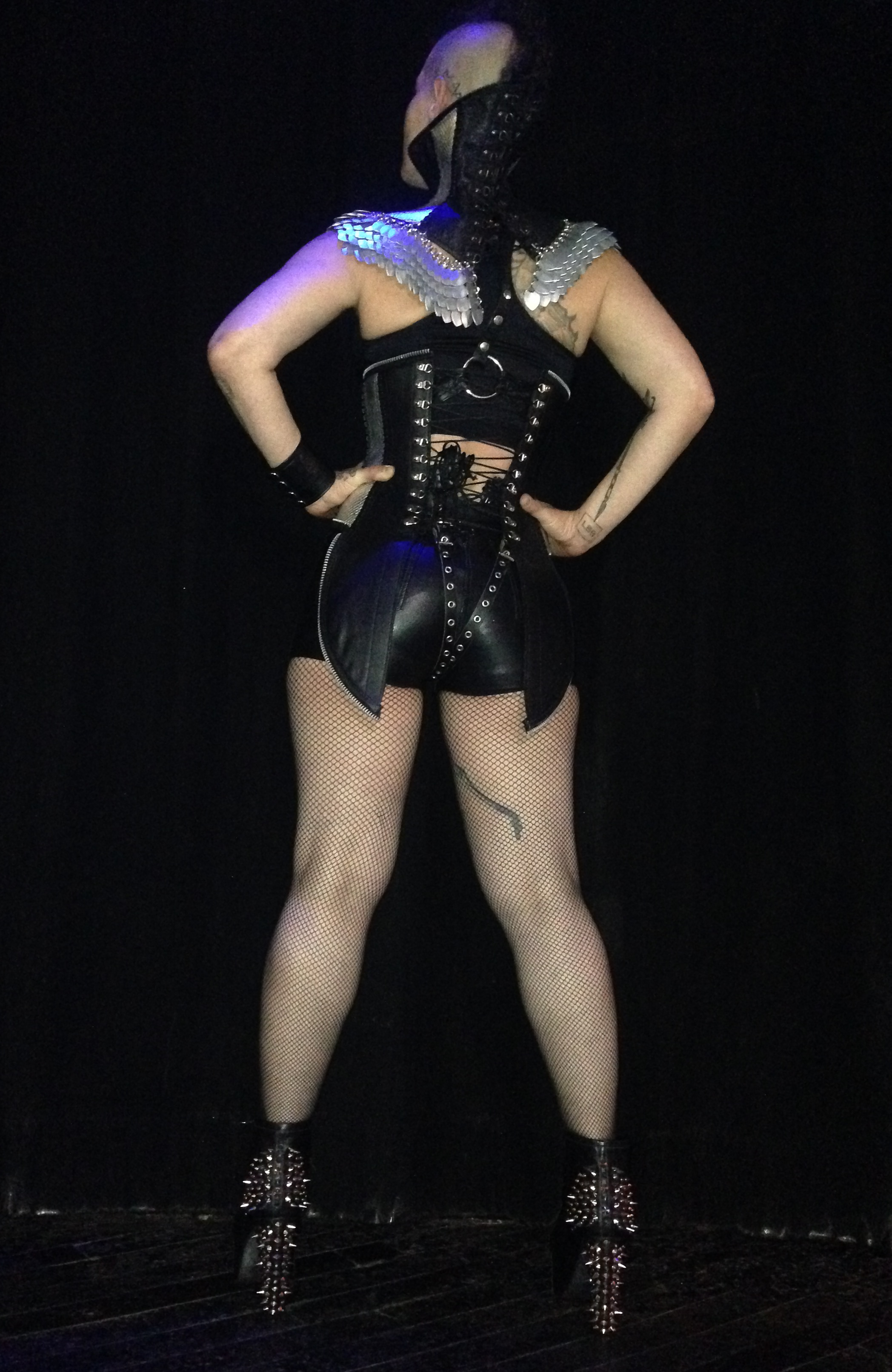 The surviving winners are paid handsomely. And every year the gladiator who won most matches and emerged victorious from the spin-off interactive popularity contests between winners is granted either a luxury home and lavish lifetime wages in one of the gated communities, or even better: a German, Chinese, or Canadian passport.

Subscriptions to the local games channels are cheap, and members don’t even need to fork up for clunky AR glasses, because the neural live streams are picked up directly by your retina and ear-implants, so everyone watches the games, placing bets – but only those with nothing to lose or everything to gain play in the flesh.

Legally, all players must be volunteers and sound of mind and body, but everyone knows that this isn’t always the case. There are so many disappeared now-days, and promising strays who dropped off the radar can be trained and surgically altered in one of the Glads’ clinic-camps operating with impunity in the deserted council gyms.

You consider yourself lucky to have escaped London in time, using the proceeds from your former career as a champion boxer, prudently investment in a bio-data venture, to purchase a modest house and some land near the border of Kent. There, you grow your own vegetables behind the requisite electric fence, go out for the requisite pints, and utilise the advantages of your dual citizenship, contacts on the continent, and when push comes to shove, fighting skills, for far shadier activities.

One of the other things which sets you apart from your drinking buddies in the neighbouring Dartford E-Commerce Community is that you never watch the Glads.

Apart from distaste for pointless bloodshed, you are far too busy organising and facilitating the illicit transport of people from England to mainland Europe. Mainly, but not only, for hard cash.

You hate taking the risky trips to brutally toxic London, but sadly, travelling there occasionally to obtain tissue samples in order to forge ID for certain clients is unavoidable.

Usually, those are in-and-out jobs, no hustle, as all five gangs sometimes avail themselves of your services, so have vested interest in your enduring existence and good will.

Imagine your astonishment, then, when after reaching the agreed upon address in the roughest of the new north London ghettos, knocking on a nondescript door and entering a bare hallway, you suddenly have a hood thrown over your head and a noxious wad of cotton wool inserted in your nose.

When you regain consciousness in a locked padded room, the cameras are on. And someone or something more or less woman-shaped growls, and pounces.

A voice in your ear implants announces the rules: bare hands combat, anything goes.

In the first part of the match, you’ll fight three rounds. The player submitting first can choose between a sexual forfeit or more pain, inflicted by specialised implements.

In the finals, you will both be taken to another set, where three more rounds will commence. There, the loser of the first part will have another chance to survive this day by winning at least two types of sexual combat – trapped in an electric circuit.

You declare you won’t fight. What are you doing in this game, anyway?

The purring voice of the invisible director informs you that the mayor of Richmond is highly displeased with your role in helping a specific individual leave the country, and has enlisted the support of all five London gangs to make you pay, issuing a warning to others who dare cross her. The best kind of warning: Public, profitable, and most likely, final.

If you won’t fight, nanobots will be released into the room, injecting you and your opponent with Botulinum H, and your inglorious agonising death will be streamed live on all Glad channels.

If you do fight – and win – the Mayor of Richmond might elect to be merciful.