Paper maps are not exactly contraband, you just can’t get them any more and if you order one online you are bound to be followed, which beats the point.

But more than a decade ago you salvaged a tattered London A-Z from one of the abandoned public libraries and kept it like a concealed switchblade, even after you got yourself Sanitised, freshly chipped, and upgraded to a leafy gated suburb.

No telling what they’ll do to you if they found this ancient map book, but you could truthfully swear that the missing pages were mostly torn off before you were born.

There are no clues leading to the people places and plans you did not tell them about on this map: those remain encrypted in your body and mind.

What and who you did barter for a place in a first class suburb were end-game fodder, immense but unavoidable sacrifices. Their fate is not on your head. But telling yourself this must be true does not banish the nightmares.

Knowing that all but one of your former comrades who might have survived in the key-zones believe you betrayed them does not make sleep any sweeter. You must admit that sometimes this stings more than the guilt.

Meanwhile, you keep your cover: Work. Shop. Copulate with your helpmate. Smile and smile and smile until your cheeks hurt. If only they knew how much your ability to perform a man – and a straight one at that – owns to skills honed in your filthy pervert past rather than aversion therapy and social hygiene.

Yes, you kept you cover and waited for the message. Dreaded it will never arrive, feared that it will, held it so close to keep you going like a condom stuffed with cocaine inside your arse-hole which you must forget about in order to cross the border flashing your freshly minted chip, yet always aware that it is there and might be discovered – or burst.

Three days ago the message finally came. It took you a whole frantic night to realise that the seemingly random number and letters were not a complex cypher or a non-existent post code, but map-book coordinates. The sender knew about your A-Z.

It was not easy to provide the right reasonable excuse, source the current chip that would get you out of your Buckinghamshire cottage and into the city’s outskirts, not to mention the app conjuring legit whereabouts and contacts. But you have been preparing for this day for years, even had an Essential Volunteer regulation uniform and PPE procured from an indentured cleaner and stashed just beyond the suburb’s gates.

With only lorries, delivery bikes and the occasional tank on the roads, cycling through east London is much smother than before. It’s unsettling how unchanged the city seems, unless you pay attention to the small things. You peddle faster, imagining all the deserted hotels, gyms, theatres luxury flats and nightclubs were still occupied by desperately hopeful ordinary people made destitute, then renegades. Your heart and cock twitch recalling the flares of rebellion. It was wild, but brutally short.

Regulating your breathing to avoid alerting the chip you furtively glance at the work gangs passing by, searching behind identical bio hazard suits and drained purposeful gaits for a familiar face. No luck. No eye contact whatsoever in fact, which is probably for the best considering what everyone from your past think you did and become.

In 15 minutes give or take you will reach the place where all of this could end. 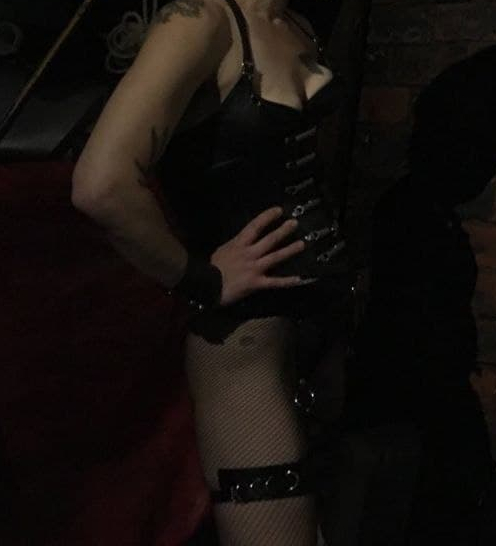 This place you are heading towards by whatever means and in whichever guises is not safe. Not for long, maybe not at all. It is, however, a house, for wares and acts exiled to the past. It is a secret. Both those rooms and myself do not officially exist. You do, you are on record, which makes you and your coming here after all this time dangerously foolish.

You don’t know that it is me that you will meet, in this house which does not exists. When you realise this you will remain ignorant of what I suspect. They never told me who was coming either, only what I must do to them. So when you walk in the door and I recognise your smell under the hazard gear and fancy soap, when you hear my voice, we are both shocked.

But we were always fools. I desperately want to believe that this is what brings you back: our foolish refusal to accept the fact we have lost. We were fools plotting and protesting and reclaiming all those buildings. Fools hacking and fucking under the scouting drones tracking heat signatures then making bodies hot no more.

But desperate hope is a killer. Suspicion the life giver. Trusting no one is what sustained me through all those years. Credit where credit is due: you taught me this.

And so, you are highly suspect to me, the only one left of the old naive gang– apart from you. What I had to do to survive is for me to know and for you to never find out. Until you walked through this door I had no doubt that you are the last person I want to discover my whereabouts, or even that I still exist. Which I don’t, in realer ways than we both imagined I suppose.

But the codes checked out and believe you me I had run them through every possible system looking for errors when I understood what was to be gained and lost by activating them.

Yes, it was genuine protocol. But ancient – some remote time bomb in a bottle cast into the polluted urban tides by someone who later got vaporised. Or perhaps, sanitised. The latter prognoses being the reason I know that I am not alone in holding you suspect. Whoever decided by accident, limited options or cruel sense of humour to entrust this pivotal mission to me, of all people, has made adjustments to the original plan, utilising an erasure trigger secretly installed in your nervous system back then.

This trigger was embedded just before you ransomed yourself from the ashes of failed insurrections with a shiny load of precious data. Guess our names, locations and plans were only the toy in that sweet Traitor’s Surprise. Death by cheap chocolate; hope you choke on it.

I was the first to clear off and false-chip myself; crudely at first, but well enough to reach the experts still buzzing in the fraying ends of our net. Trusting no one, warning no one. Which is partly why I made it but also why I am the last of our gang still skulking in the Zones.

The first and last – until you oozed through this door.

We fight in silence before even thinking of demanding and supplying more passwords, but once this is done we remember about pretending to trust each other.

That is, I tell you, providing that I manage to unravel the affects of your Sanitisation therapy.

So I make you suck my cock. You try to pretend this is effortless fun but can’t help resisting, balking at this basic act and other smutty feats I force and entice you to commit. You, who used to be so gloriously shameless. I ruthlessly tease you, then push harder, inflicting the sort of pleasure and pain you used to beg for, until brain-cleansing and years of preforming a standardised man are ripped off your body and mind, exposing the greedy slut.

But mistrust is a double edged sword. You turn on me, demanding to know how I evaded detection and sanitation for so long, and who told me to sent the message. How can you be sure that I was truly false-chipped, and was not stationed here to entrap you and the remains of the network? You won’t divulge a thing or let me leave this room alive unless your are convinced that I had not been Sanitised! So helpful of me to demonstrate amazingly effective techniques to find out.

You torture and seduce out of me some highly disturbing admissions about what I really did to survived. The facts are far from pretty, but they are not what you suspected. Nevertheless, you don’t stop, fucking with my body and head long after you ascertained that I am still the rabid bitch you once knew and trusted. 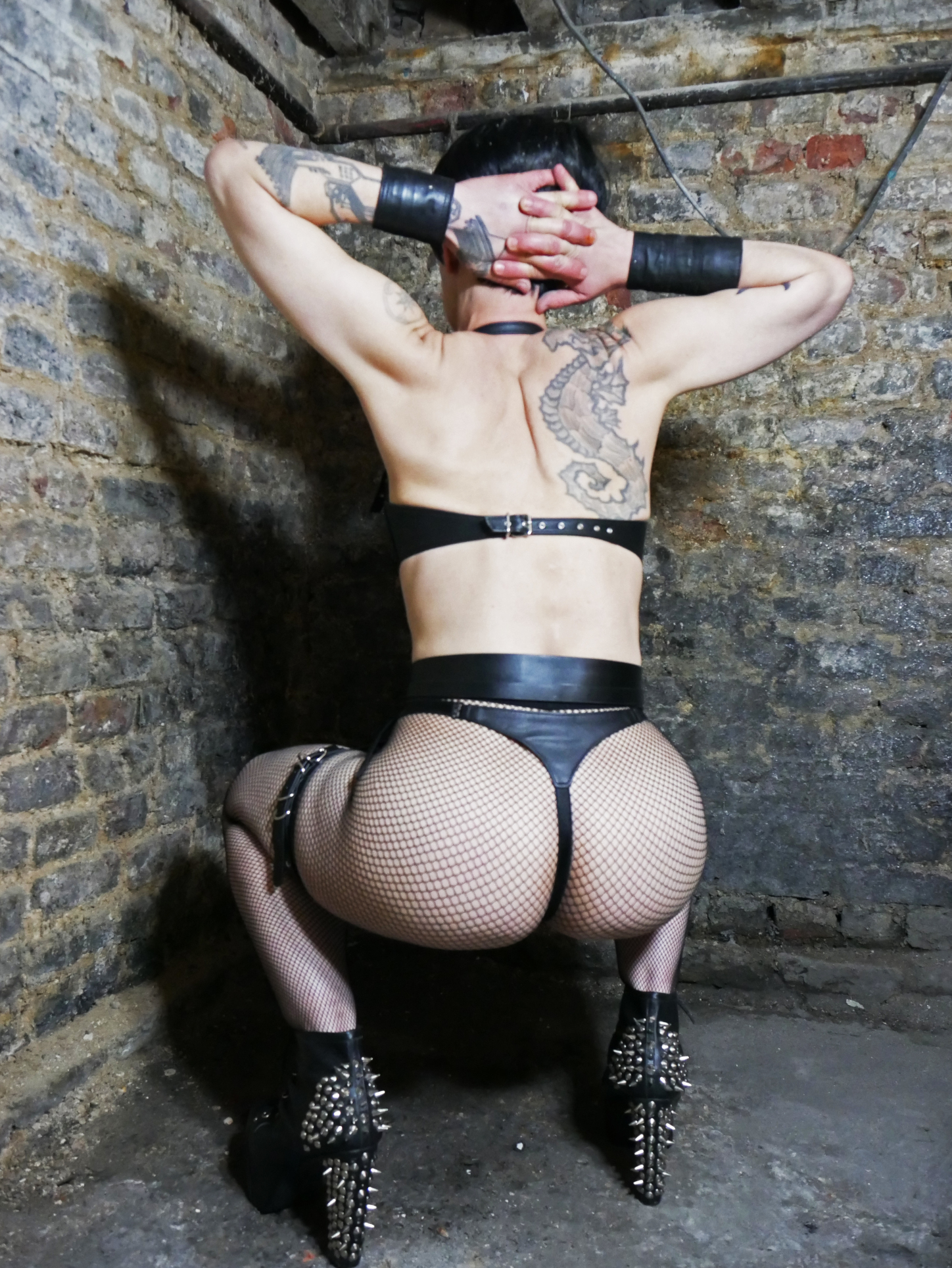 But now that we both believe ourselves to be who we claim and that we share the same aim, it’s time to unlock the encrypted activation codes. And it is not only your mind where those dormant neurons reside.

I don’t know who spoke first but we were equally guilty of telling the other about the erasure trigger. Why was I not entirely surprised to learn that I also had one embedded inside me, just to stay on the safe side? Believing we are who we claim does not make us so.

This morning a strange device was posted through this door that isn’t safe and isn’t mine. We are meant to utilise that implement to hurt, tempt, and violate each other until the torments – activated by a blinding orgasm – switches something in our brains, perhaps manipulating cells. One of us will be turned into the spark which can end the world as we hate it. A weapon? A cure? Omnipotent data flood? We have no idea. And zero guarantee it would prove effective.

We were both warned that only one can be transformed, and that a successful activation will arm the erasure trigger embedded in the other, wiping their memory.