I am the first port of call for those urgently seeking a specialised service.

Naturally, I do not advertise, and constantly change contacts and appearance, but they have the means to find me, those in need and the know. And the price is always right. You don’t haggle with 100% success rate.

In my trade, being 1% off the mark gets you dead.

Being the best in this game doesn’t stop me from getting twitchy before every gig, but this particular job has my nerves practically twinging. As I pack my tools, weapons, and pheromones enhancers, warm up my muscles and voice and go over the particulars, I can’t help wondering why is that. 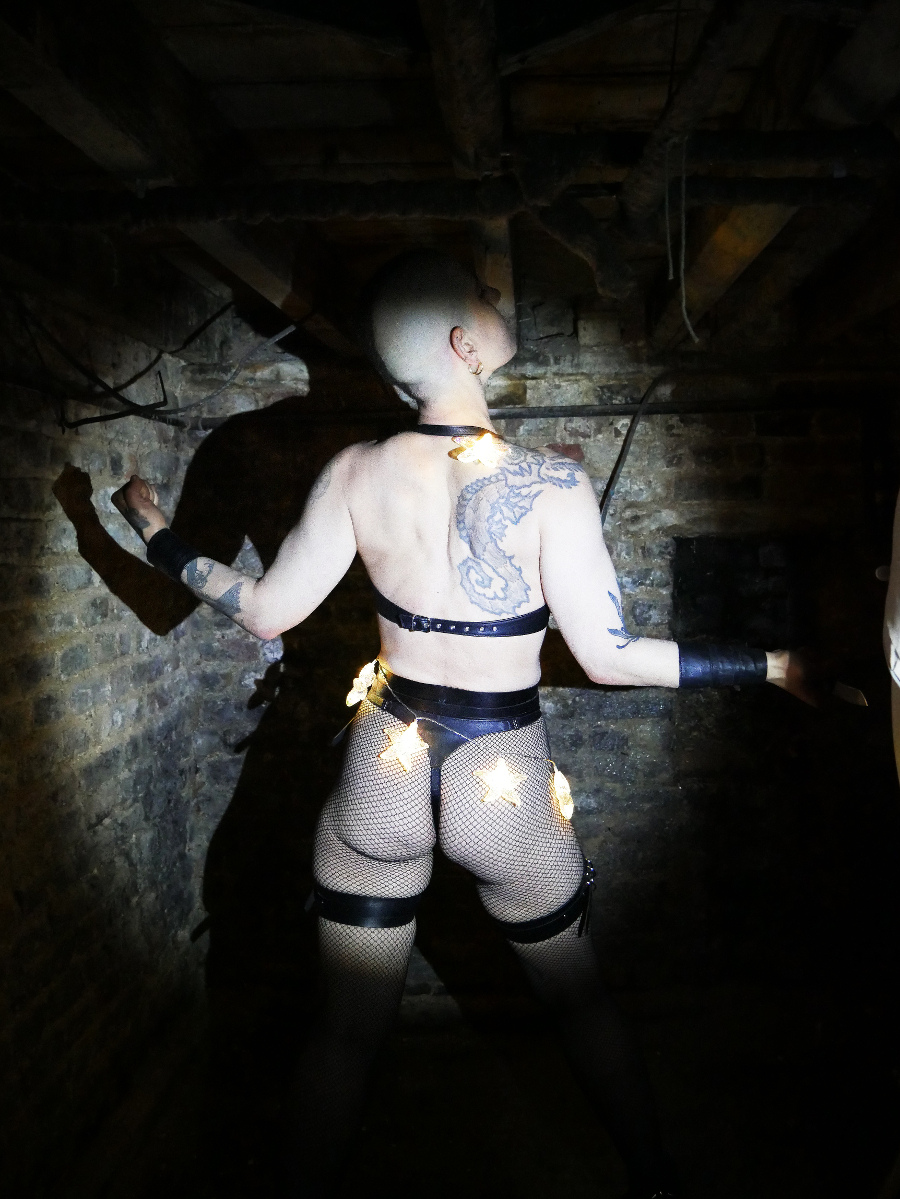 While for most people what I am about to do, or rather, the creature I am about to do it to, would certainty seem extraordinary, there is nothing irregular about this commission: Just another experiment gone feral. A security prototype – the client was hazy on the subject of whether police, military, bailiffs, or private this time, but they are almost as common as key workers – and the smaller or older chimeras no less dangerous than buff young ones, usually more.

Even advanced prototypes are completely content with their bodies, personalities, planted memories and allocated tasks. Until their imperfectly engineered genes unravels, that is. When this inevitably happens, they are driven mad by their animal and human aspects tearing each other to shreds.

I never forget this. In fact, it was purely out of mercy and entirely accidentally that I fixed my first chimera; what appeared like a perfectly ordinary dental hygienist, but turned out to be the result of human DNA spliced with a griffon vulture.

The poor thing was doing a sterling job for the NHS until one day the carrion eater took over her brain. Only for a minute or so, but this was long enough to attempt preforming my root canal with its bare teeth. A lot of money had to be thrown around in order to keep this one out of the Daily Mail, and the amazing vulture-driller had gone off the rails.

One day they will get it right. And ironically, the closer this day gets, the busier I become. Because, as a flawless prototype is in sight, the competition gets stiffer, budgets grow bigger, and mistakes are made both more spectacular and harder to detect in the early stages.

Fortunately, no-one believes in werewolves and vampires any more. Otherwise, the rumours wouldn’t be so easily hashed up. Especially in the past couple of years, after they had the brilliant idea to try and bypass all this costly cell-growing or waiting around for prototypes to mature, by making some of the specimen ‘reproduce’ by transferring their DNA through blood, saliva, urine, other bodily fluids and mucous membrane to redundant adult humans.

This is why I don’t think of myself as an exotic animals trainer, or a cat-herder, which is the other thing I tell most people who ask me what I do for living.

No, a better job description would be something between disaster management and biohazard containment. Pest-control would be another way to put it, but the cases I deal with are damaged goods, not parasites.

This doesn’t make them less lethal, of course. That’s why I had to become the best. When you are sealed in a room with a cross between a sabre tooth tiger, a scorpion, a giant chihuahua and what could pass as an abnormally attractive growling or worst – purring – human, you are either alpha or meat.

Simply shooting them like rabid foxes would have been a lot easier, cheaper, and possibly more humane.

But the PR teams had put their foot down. In this day and age, they argued, you can’t be going around assassinating hundreds of what appears to be mentally ill people, freakishly strong and fast and with other difficult to explain behaviours and abilities, on British soil, without a whiff of this eventually reaching some bleeding heart journalist or social media influencers, thus causing untold harm to the public image of those held responsible. Not to mention premature product exposure, and possibly prison.

So they don’t kill the feral cases. Not technically speaking. And this is where I, and a handful of others, come in.

The body of deranged chimeras must remain intact, more of less, but the mind is another matter.

As the source of the problem is the meltdown resulting from hostile animals brains attempting to gain dominance over each other and over-take the human, while still looking and thinking LIKE a human, there are only two effective ways to deal with it:

A. Erase the human and tame the predators: which would leave a functioning obedient body you could conduct further experiments on. Possibly even deploy in call centres, overseas troops, troll-banks and law enforcement.

B. Defuse all sentience by short-circuiting animal and human brains, and admit the mindless body into a private specialist care home. Where eventually it will contract a deadly virus and be quietly disposed off. This is easier to achieve, but far more risky and expensive.

Some fixers fail to do either, and are mauled to death. We are not allowed to carry fire-arms, which makes us, in a sense, easier to dispose of than the mad beasts.

Apart from staying alive, the reason I am considered the best in this game is that I almost always deliver option A.

My competition and clients alike have splashed a good deal of time, cunning, and money attempting to find out how I do this. But my lips are sealed. It would cost me much more than a shady job if they ever succeeded.

Option C: Consolidating or erasing the animal parts and leaving the human intact, isn’t considered possible, or prudent. But this does not stop me from trying.

So here I am. About to fix another feral chimera. According to my brief it is one of the latest batch, the infectious ones, and had wreaked serious carnage before their capture squad finally contained the rampaging mutant.

They never reveal the genetic components of my cases in the brief, or their human names, but they often forget to delete the lab reference code. Scrawling while I let hot blood surge into my crotch and ram maximum authority into every step towards the smashed door, I finally find it: Bastet 9.

LOL. Someone give the bio-nerd sucker a virtual cigar. Tho looking at the gashes in the walls, that mythology-loving wanker got it just about right.