How loud your men cheered when I was finally unhorsed! How they jeered at the ‘barbarian princess’ about to be mounted by their knight-stallion, her face in the dirt. In terrible haste they were, no doubt, to join their grinning brothers in the halls of ancestors. I am no ifrit, but I did have it in my power to grant this wish to two scores or more, dedicating their great horses to the goddess of crossroads before I was mobbed as your sword kissed my neck.

Such long, unwieldy swords they brandish in the armies of the one eyed snake-god. ‘Tis a true wonder that your drunken soldiers do not trip over them and chop off their hairy bullocks while unfastening their breeches to piss, or rape and pillage.

Slippery with others blood, I twisted out and released my leg from under my poor mare’s flank, kicked the dripping iron rod out of your stalling hands, and would have won the day if you did not extract the jackal fangs daggers – one strapped to your left shoulder, the other on the right over buttocks master carvers would have lingered over – and went for my heart.

‘twas the sight of those daggers which stopped me from paying for your death with mine. Such weapons could not be bought or traded. The secret of forging matchless serrated bronze blades studded with canines tipped with glittery coal tears is the preserve of the mistresses of arms at my mother’s yurt. Only those proven in spirit and skill, most beloved by the queen, are presented with fang-daggers, and the gift is double edged: once they are yours, you are hers.

How did a pair of fang-daggers land in the gauntleted fists of a western captain born and bred? 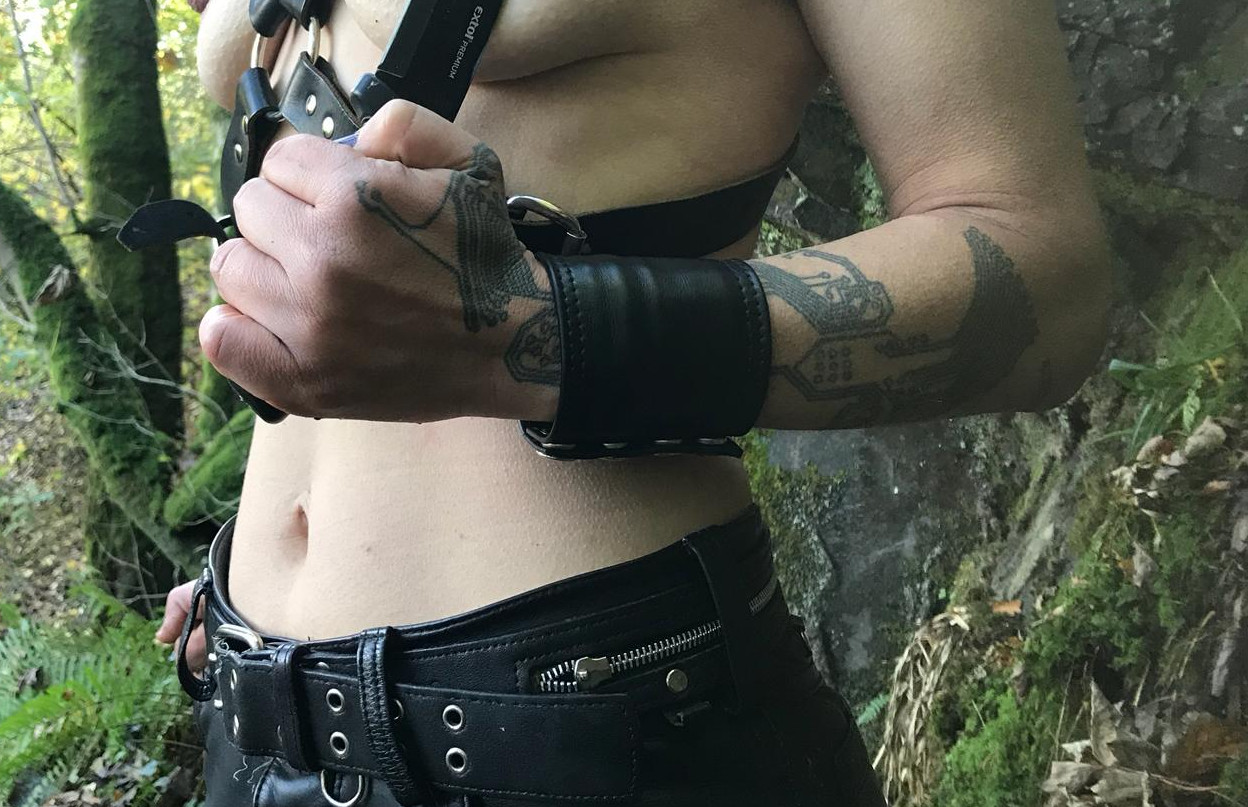 I could not have frozen for longer than the time a mosquito’s buzz takes to reach your ears, straining to penetrate your visor with my gaze, but this unborn second had cost me an eternity: too late to slay you, not fast enough to impale my breast or eye on the knife. So here I am, taken alive, I might as well have turned the lock of this cell with my own hands.

This room is large and dry, nothing like the pig pens where you keep the commoners destained for the mines, the arena, the bedchambers. The mute and deaf serfs who brought my meals have taken care to stock the lamps with fresh oil; all the better for me to admire the lavish array of inquisitors’ tools. An hour past they brought a steaming wash basin, and did their damnedest to wipe off the grime and brains; You mean to have some sport, and soon.

Well, scant satisfaction you shall gain; they have taken my armour and what weapons they could find, but a Bek of Atil is trained from the seventh month in her mother’s belly to ride and tame most manners of ignominies and pain. And to bind lusty men to her will.

No doubt, you will demand answers; where is the queen’s own garrison? Our gold, spices and gemstones hordes? If your spies have done their duty, you might also ask about a certain scroll.

I will give you nothing but a feast of lies, serving succulent morsels of desire to obtain an answer for the question that kept me up all night: where did you acquire the daggers?

All our fang-daggers and their bearers were accounted for when I rode from the mountains at the head of the mightiest army ever mastered by the tribes. All but one pair. The floods came and went 13 times over since those twin blades were gone, and the man who took them stole another priceless treasure which I could ill spare.

If I can extract particulars of his whereabouts I shall track him to the end of the earth and have his guts for reins.